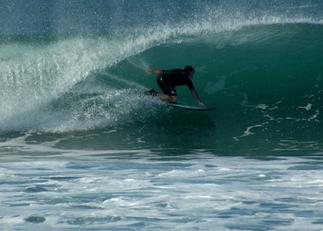 KM: Why did you start a kneeboard deck pad company?
Casey: Well, I was surfing Romanosky Kneeboards for maybe 30 years, and Ron Romanosky always offered a rubber deck pad that was recessed into the deck of his boards.  That was a lot better than just wax and hard fiberglass and foam that would delaminate in a matter of weeks. It felt pretty good.  So in 2007 I learned about a website called KSUSA.org and saw a whole international perspective of kneeboarding that I had no idea even existed. That’s where I saw many new board shapes, fin placements and deck pad designs.  Being a product designer and US patent holder, I love to tinker.  When I get into making something, I like to make it functional, high performance with superior materials that fits a majority of users, in this case kneelo’s.  I wanted a high performance deck pad and started trying and studying what was on the market at the time.
Just like the story of the Three Bears, some were too grippy, some were too hard, some were too high, some were not durable, and some were just a pad.  I wanted a durable, longer, one piece, low center of gravity pad, that I didn’t feel under my ribs, to be able to adjust my stance in mid wave- in an instant, with a quick release and re-grip that offered more leverage in the foot area with a tail block, that I couldn’t get off the shelf.  I went into “make it as good as it could be mode”.

KM: So what did you do?
Casey:  I started with a clean slate and started researching and developing materials, thicknesses, grip designs, adhesives, shapes, all being sport specific to knee boarding.  Having a background in engineered rubber and plastics, I had a good resource base to start prototyping with.  I started surfing the new  designs myself and selling the pads out of the back of my truck to my buddies at Kneelo Cove.  These guys would eventually come back with input on how the pads were performing.  I would look into the economics and function possibilities and release the next version with the improvements they wanted.  I owe a lot of the Cove Pad success to the guys at Kneelo Cove here in So Cal for all their input and support during the development days and today.  When you start with a clean slate the possibilities are endless.

KM: What is the current status of SS Cove Pads now?
Casey:  Well, we have an IPO on the NY stock Exchange…Bill Gates called me last week…and Eric Clapton wants me to give him kneeboarding lessons, you know, the usual.  No, really I think we have a really good formula now for most surfers because I can make Cove Pads for old school style all the way to state of the art knee board surfing, that have a good purpose built- functional design, with quality and durability,  while offering modifiable design options to a surfers performance requirements.   All Cove Pads are hand made. As of March 2012, some of the top wining competing kneelo’s are either surfing on Cove Pads or we are designing one for them.  Thanks to the internet, PayPal, KSUSA.org’s web site, the US Kneeboard Surfing Titles and the Phillips Island comp in Australia, there is an international presence now. The best compliment I get is when a kneelo tells me “I don’t even notice or think about the pad when I’m surfing”.  Of course a reorder for the quiver is really cool too.

KM: What’s in the future for Surf-Systems and Cove Pads?
Casey: Hopefully better surfing by expanding the performance of an overlooked but very important piece of kneeboard equipment.
Less equipment issues, just flowing, hitting it hard and landing it.
That’s my story and kneelo’s are stickin’ to it. 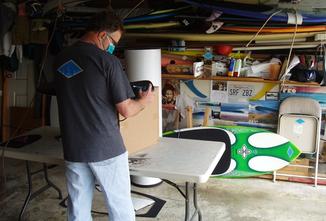 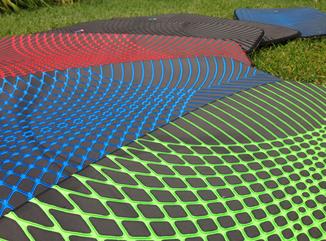 A rainy day at Lagundri Bay from Legless TV on Vimeo. 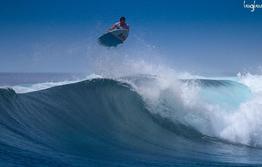 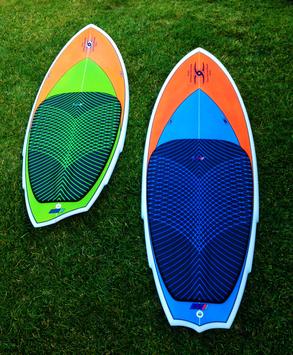 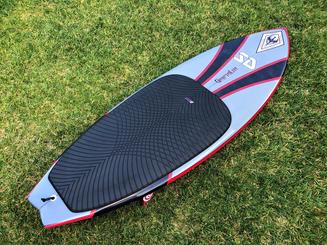 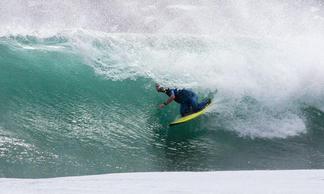 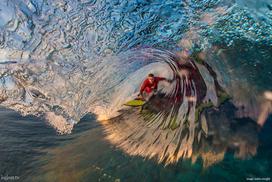 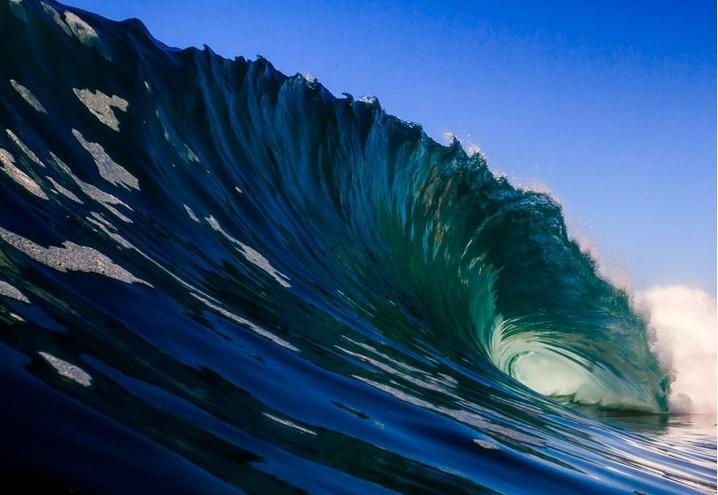 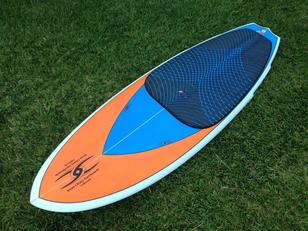 Casey Patelski shaping a custom Cove Pad in 2012, before the molded Surf-Systems DiamondFly Pad in 2016.

Total Grip and Control. Custom made to your board dimensions.